It's been over 25 years since the first text message was sent in 1992. Text messaging is now an integral part of day-to-day communications. We now send 23 billion text messages every day. Below is the complete history of text messaging presented as a timeline. Discover how text messaging is evolving from 160 characters of SMS and MMS to RCS. 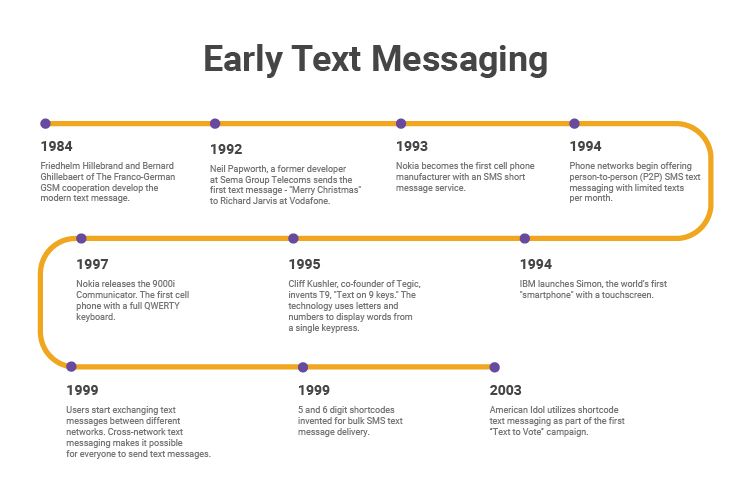 1994 - IBM launches Simon, the world’s first "smartphone" with a touchscreen.

1995 - Cliff Kushler, co-founder of Tegic invents T9, "Text on 9 keys." The technology uses letters and numbers to display words from a single keypress.

1997 - Nokia releases the 9000i Communicator. The first cell phone with a full QWERTY keyboard. 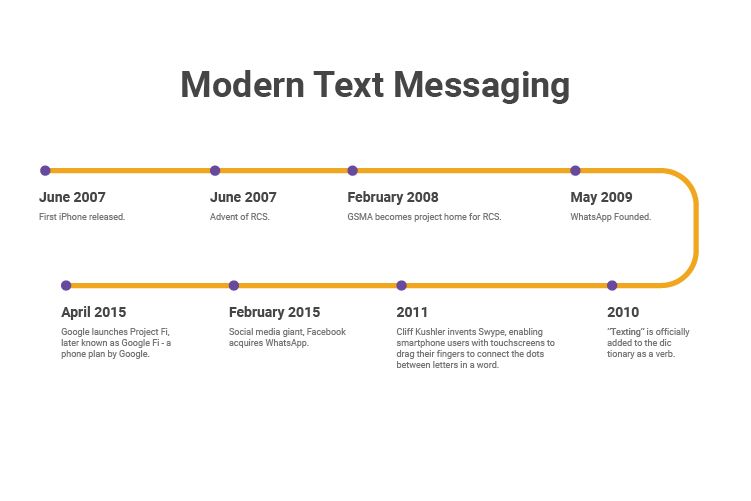 2010 - “Texting” is officially added to the dictionary as a verb.

2011 - Cliff Kushler invents Swype, enabling smartphone users with touchscreens to drag their fingers to connect the dots between letters in a word.

The Evolution of Text Messaging and RCS - Rich Communication Services 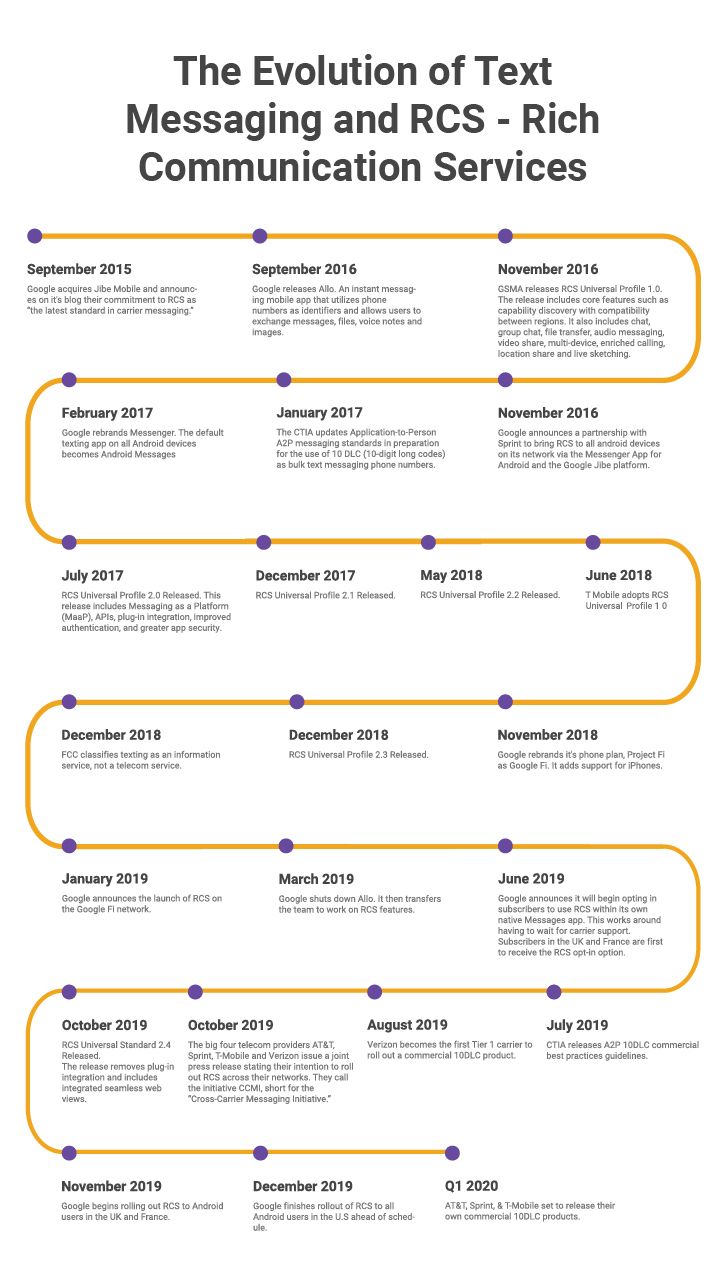 September 2015 - Google acquires Jibe Mobile and announces on it's blog their commitment to RCS as “the latest standard in carrier messaging.”

November 2016 - Google announces a partnership with Sprint to bring RCS to all android devices on its network via the Messenger App for Android and the Google Jibe platform.

December 2018 - FCC classifies texting as an information service, not a telecom service.

January 2019 - Google announces the launch of RCS on the Google Fi network.

March 2019 - Google shuts down Allo. It then transfers the team to work on RCS features.

June 2019 - Google announces it will begin opting in subscribers to use RCS within its own native Messages app. This works around having to wait for carrier support. Subscribers in the UK and France are first to receive the RCS opt-in option.

October 2019- The big four telecom providers AT&T, Sprint, T-Mobile and Verizon issue a joint press release stating their intention to roll out RCS across their networks. They call the initiative CCMI, short for the “Cross-Carrier Messaging Initiative.”

November 2019 - Google begins rolling out RCS to Android users in the UK and France.

December 2019 - Google finishes rollout of RCS to all Android users in the U.S ahead of schedule.

Get weekly messaging tips and tricks

Join 3000+ businesses who are growing and gaining knowledge.