Aug 22, 2021 - 5 min read time
Learn how DeNooyer Chevrolet used MessageDesk to get 536 new contacts with a text-to-vote campaign.
Ben Nebesky,
Business Messaging Strategist
Aug 22, 2021
Highlights
Erin Sparks,
Marketing Director, DeNooyer Chevrolet - Kalamazoo, Michigan
“All of it was done through text… At the end of the day, this worked really well.”

Challenge: Getting the Word Out to Community Members

DeNooyer Chevrolet is a Chevrolet dealership located in Kalamazoo, Michigan with a talent for keeping connected to their customers.

Erin Sparks is their Marketing Director. She’s the person behind all of their events, promotions, and advertising. It's Erin’s responsibility to make sure that promotional events go smoothly.

It’s also her responsibility to make sure that DeNooyer Chevrolet gets value out of their events. The true value of this is getting more leads and marketing contacts.

Like many marketers, Erin wanted to get the word out about her business in a new way without spending thousands of dollars on scattershot advertising.

One way DeNooyer Chevrolet traditionally acquires leads is by hosting community events to promote its business. Their events have become a community staple and now garner participation from people that don’t even live in Kalamazoo.

One of these events, Chalk the Lot, is a community favorite. Every year, people sign up to participate in the DeNooyer’s competition to see who can draw the best chalk art on the dealership’s lot.

There are refreshments, games, and of course the chalk art that the participants create on the day of the event. All of it brings the community together for a day of fun and prizes.

For DeNooyer Chevrolet this event is:

To make sure that her event was successful, Erin needed several ways to get the word out.

“We got the word out a couple of different ways. We shared about it socially, we had a couple of partners, we were on the news that night and we sent word out via email to our customers.”

But to get the full value out of her event, Erin needed to collect attendee and participant information.

Getting more people on DeNooyer’s contact list translated directly to more sales since they could send promotional materials in the future.

This year, they wanted to try something different to get away from the traditional email list. DeNooyer had more participants than ever and they needed a quick and easy way to collect votes and gather attendee information.

“There were a total of 20 entries. We had about 15 of them who came out and did some artwork for us. We had three categories… We had the student event, then we had adults, and then we had teams. So any group of two to four people.”

Erin decided that text messaging was the answer to both of her voting and information collection problems.

Artists began creating their chalk art, kicking off a week-long event. While each artist worked on their pieces, members of the community could visit the dealership to watch.

Over the course of the event, Erin set up big signs that displayed the text-to-vote phone number and keyword.

“We created A-frame signs telling everybody how to vote.”

All the attendees had to do to vote was text the keyword CHALKVOTE to DeNooyer Chevrolet’s MessageDesk phone number. Each attendee would then text in the number that corresponded to their favorite piece of chalk art.

Voting opened as soon as the artists were done creating their chalk art.

“And then for the next week after that [the event], we allowed them to vote from that Saturday, until that following Friday.”

Throughout the week people would drive by the dealership, see the signs, and vote by text for their favorite chalk drawing.

“I did make a social tile for every one of the artists and they were able to share their little social title.”

Erin’s event was a big success for DeNooyer Chevrolet.

“It went off really, really great. They entered by saying, chalk-a-vote, which we got a ton of people that entered. There was probably some miscommunication, about how many times people could vote because I'd put it on the signage that you can vote for as many pieces of art as you like.”

Despite the hiccup of some people voting multiple times, Erin got a lot of participation from her event attendees, and “All of it was done through text.”

Since community members were allowed to vote all week, voters didn’t actually have to attend the event to cast their vote. They could look at the social media posts and cast their vote based on those.

This was a smart decision on Erin’s part because it allowed more opportunities for community members to submit their information in exchange for a vote.

And, it was clearly a success.

“Well, we would know because of how many people are in the chalk-a-vote group. And it's just over 500.”

In the future, Erin is going to use text messaging for other events DeNooyer has planned. Including their annual Trunk-or-Treat event that happens every October.

Though, she won’t just use texting to facilitate the event this time. She now has 536 people she can text to get the word out about future events that already have a proven record of participation.

“At the end of the day, this worked really well. I look forward to having it evolve so that we can continue to get the word out to people that aren't necessarily our customers, but might still be supporters of our company. And it's a fun, newer way to communicate.” 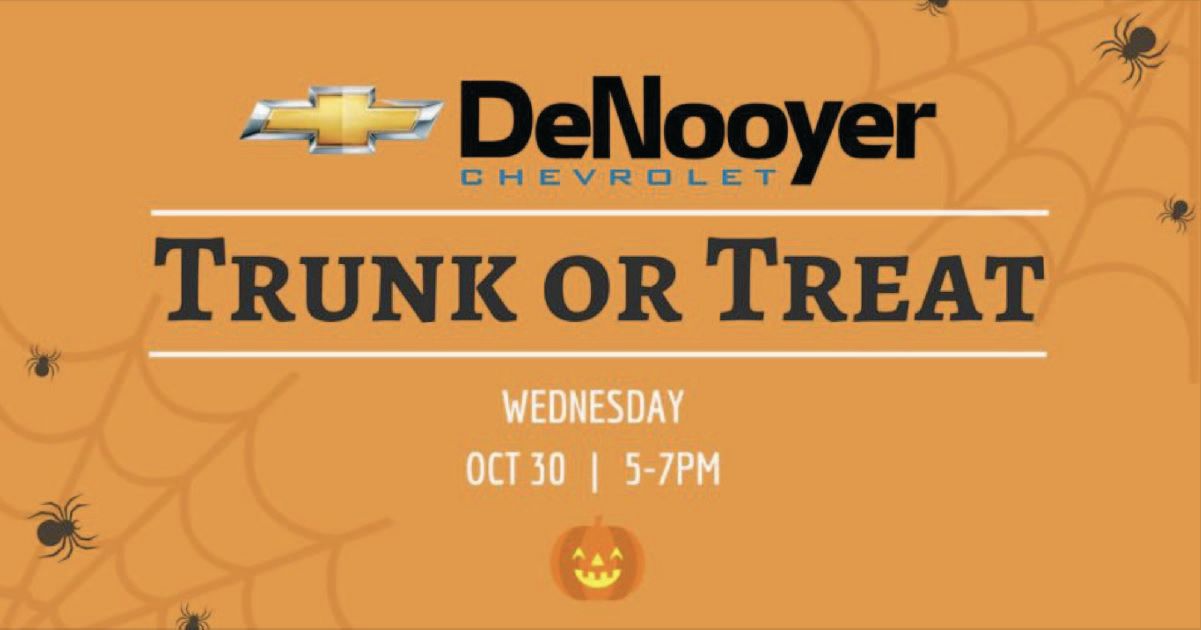 Ready to Start Texting? Meet with a Messaging Expert

Meet with a messaging expert to see what MessageDesk can do for your business.

We’ll help you figure out the best ways to communicate with your contacts and customers.

You can always try MessageDesk for free, but feel free to schedule a demo.

Meet with a messaging expert or try for free.